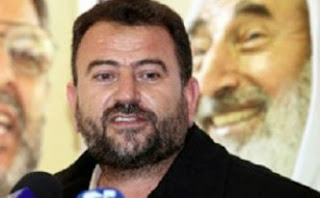 His name is Salah Al-Arouri (a/k/a Saleh Al-Aruri), he is a founding member of Hamas' military arm, and he has spent many years in Israeli prisons. Deported from Israel, when he was last released from prison, he now leads Hamas'  international terrorist operations from its headquarters in Turkey.

Al-Arouri directed the kidnapping and murder of three young Israelis in the West Bank in 2014, crimes that led to the Gaza War of 2014. He funded the operation through payments made from Hamas-controlled charities. Inasmuch as one of those victims was a US citizen, he violated American anti-terrorist laws, and can be prosecuted there, but don't hold your breath, as Turkey, which provides safe haven to Hamas leaders, will protect, and not extradite, this career terrorist to the United States. The fact that he was responsible for terrorist acts that started a war, and that, on his orders, the victims were each shot ten times, with a silenced pistol, tells you how despicable this person is.

Al-Arouri is reportedly also behind the recent, but foiled, Hamas plan to conduct a coup d'etat in the West Bank, and unseat Abbas and Fatah, replacing the existing government with Hamas. If you were wondering why my recent article called upon you to raise Country Risk, this is but one of many factors which have led me to that conclusion. 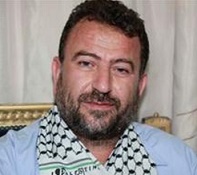