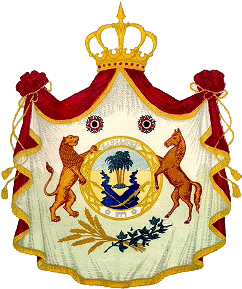 If I was a compliance officer at an international bank, located in North America or within the European Union, I would advise senior management that any wire transfers to banks located in Iraq, or Jordan, may be ultimately ending up in the hands of the so-called Islamic State/ISIS/ISIL. The Finance Committee of the Iraqi Parliament has warned that $6.9bn has been transferred to ISIS, by and through banks in Iraq. This means that wires of funds, by Western banks, could be considered providing material support to a specially designated global terrorist organization, should they be forwarded to ISIS.

The United States has, thus far, turned a blind eye to the illicit financial transactions occurring in the Kurdish-controlled autonomous region of Iraq, including its movement of US Dollars into Iran, and one of the consequences of that neglect can be seen here. Iraqi Kurdistan rarely obeys any requests of the Iraqi Central Government, and ISIS oil tanker trucks have been known to be allowed to transit the area, en route to markets in Turkey. How much of the money flowing to ISIS is coming from Kurdish banks ?

The Finance Committee has advised that Erbil & Baghdad banks involved in the illegal transfers refused to disclose the names of the account holders, but that the information was later obtained, through unofficial sources. It is alleged that major Iraqi banks are charging as much as $600,00 per month in fees, to handle the funds transfers. Jordanian banks are reported to be moving the money into Iraq, which it is promptly forwarded to ISIS-controlled financial institutions in Mosul.

Should Western bank now red line all transfers to Iraq, and should it practice enhanced due diligence on all transfers into Jordan ? These questions need prompt answers, for ISIS grows daily, and US and EU law enforcement agencies are fast-tracking their investigations of ISIS. Is the money going from Turkey, as payments for illicit ISIS oil shipments, to Jordan ?

You do not want to be made an example of, in the global war against ISIS; therefore, given the total lack of any effective compliance, Iraq's incestuous relationship with Iran, and rampant corruption, you should consider exiting ALL business with Iraq, effective forthwith, as a prudent risk management move. This may mean ending lucrative correspondent relationships.
Posted by Kenneth Rijock at Tuesday, July 28, 2015