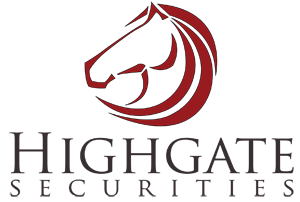 There is a civil suit pending, in the Cayman Islands, between troubled B & C Capital*, and a company named Highgate Securities, Ltd., which has caused me to take a hard look a Highgate.

Highgate Securities, Ltd., claims to be a Belize-registered securities broker & trader, but Internet entries by its staff say it has a "temporary headquarters" in West Palm Beach, Florida. Even if it only solicits non-US investors, residing outside of the United States, one wonders whether the Securities & Exchange Commission, the Florida Office of Financial Regulation, and FINRA, are aware of its existence.

Here's how one knows that there is something dodgy and suspicious about Highgate; take a close look at its website, and the enrollment documents appearing on the site, which must be executed by investors. They are replete with spelling and grammatical errors, typos, and syntax errors that lawyers, especially those who specialize in securities work, never, ever commit. Remember, the official language in Belize is English. There's no way a Belizean attorney would have drafted such poor documents, and that such massive errors would have survived proofreading.

The web designer is a native English speaker who works in Florida; he only input copy that he was given by Highgate. Whoever at Highgate wrote the text for the website obviously needs to go back to school.

Its website requires visitors to acknowledge the offshore nature of its business by accepting the terms and conditions through a physical act, to wit: pressing a "button" on the relevant page,  but no such device exists. This makes me wonder if anyone at Highgate ever reads its own material. Critical areas of the website are incomplete, and no officers, directors, or lawyers are named anywhere.

Most likely, the website &  legal documents were cut & paste jobs, performed by people who have no legal education or training, and given that some of the individuals on staff have been accused on the Internet of involvement of suspect securities activities, the totality of the facts would suggest that Highgate Securities, Ltd., whose use of a name deceptively similar to other entities is itself suspicious, richly deserves further investigation, by yours truly, and American securities regulators.