WHY WON'T CHINA ABANDON THE DEATH PENALTY FOR MONEY LAUNDERING ? 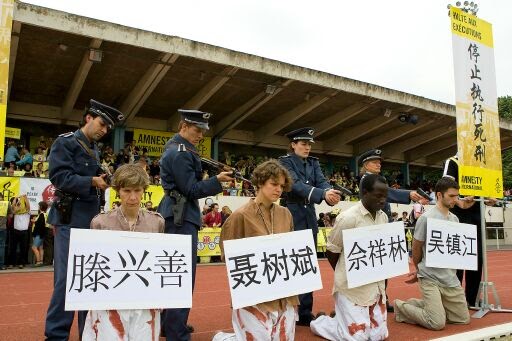 China announced in October that it will consider removing several white-collar crimes from its list of offenses that are eligible for capital punishment. The death penalty, unfortunately, is to remain available for money laundering cases. As you may know, the death penalty in China is generally not carried out in a humane fashion; it is often brutal.

One wonders why such a non-violent offense still is thought in China to merit the ultimate punishment. Is it that the country's leaders know privately that it is out of control, or that they feel only a severe penalty will operate to deter others ?  Whatever the reason, Western businessmen (and bankers), whose travels take them into the Peoples' Republic, should govern themselves accordingly, and avoid any situation which might be construed as money laundering activity, lest they get burned, literally.
Posted by Kenneth Rijock at Thursday, January 01, 2015