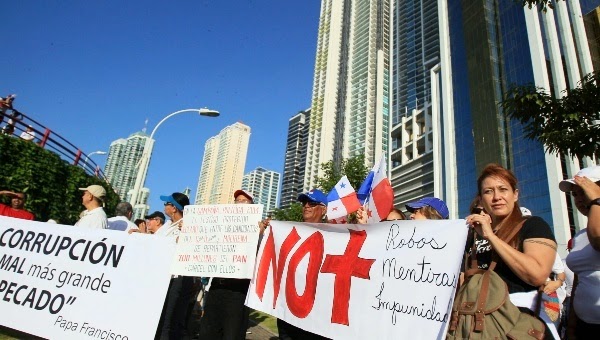 Several former Panamanian ministers, who served in the cabinet of the now-targeted corrupt ex-President, Ricardo Martinelli, are known to have hastily departed the Republic of Panama. Those who have fled are among those individuals who made illicit insider trading profits, in securities of Petaquilla Mining Ltd., through the Financial Pacific brokerage firm. The are also suspected of rampant corruption in their respective ministries.

From outside the country, some of the newly expatriate ex-ministers have declared that that they are the subject of an unlawful political persecution. by the new reformist Varela government; They have alleged that they have been marked for assassination by the new government, though no evidence have been proffered in support of these allegations. One wonders whether they will follow Martinelli to the wilds of Paraguay, into some form of exile. Most likely, they intend to evade the long arm of the law, by becoming fugitives from justice.
Posted by Kenneth Rijock at Thursday, January 29, 2015