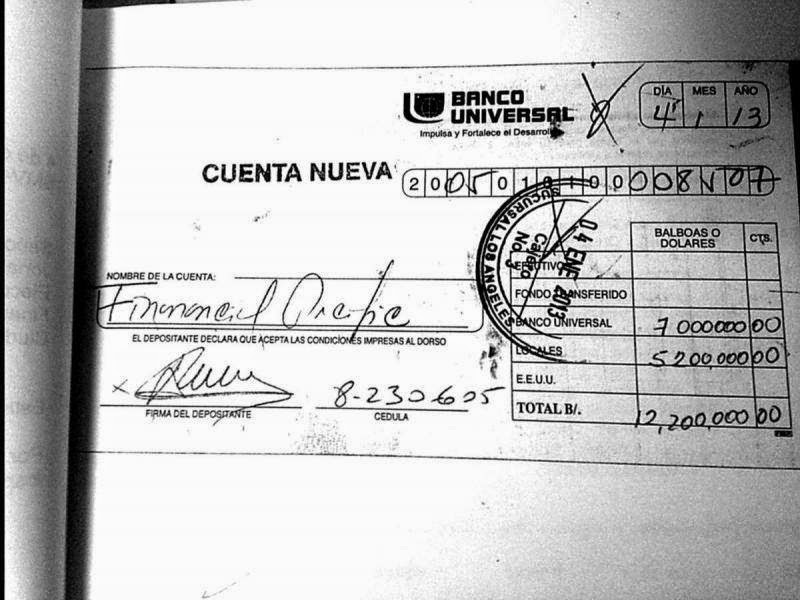 The above document surfaced recently, in connection with the massive Financial Pacific insider trading scandal, in which many former ministers in the Martinelli government made millions of dollars illegally, by trading upon insider information. When the scandal broke, it was learned that the Financial Pacific account was empty, and some of the principals hastened to deposit funds, so as to dispel the rampant rumors of securities fraud.

This document represented a USD $12.2m* deposit into the FP account. Note well that  seven million dollars, in cash, was deposited into the account at Banco Universal. We understand that there was zero compliance required by the bank on this mountain of cash.The balance of the deposit, $5.2m, was in the form of checks.