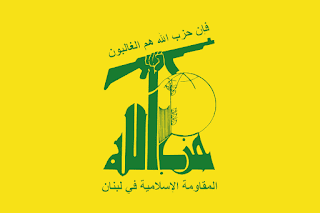 HM Treasury's Office of Sanctions Implementation (OFSI) has extended its asset freeze and terrorist designation against the Lebanese terrorist organization Hezbollah, the so-called "Party of God," to the entire entity, including all divisions besides the Military Wing. A comprehensive asset freeze has been issued for the UK's financial system. Hezbollah's so-called "Political Wing" has been operating openly in the UK for several years.


The terrorist group's Jihad Council, and External Security Organization are also sanctioned, as are all other units. The legal authority for this action is said to be the Terrorist Asset-Freezing Act of 2010. UK banks and non-bank financial institutions must now check their accounts for any possible Hezbollah assets, and freeze them forthwith.
Posted by Kenneth Rijock at Saturday, January 18, 2020