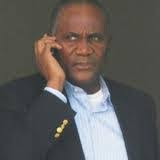 Indications that a major player in the Stanford international Bank Ponzi scheme, now in US custody, is apparently cooperating with US law enforcement, together with credible reports of grants of immunity, given to individuals supplying evidence about money laundering, have senior government officials in the Commonwealth of Dominica on edge.

Leroy King, Antigua's former principal banking regulator, is said to be cooperating with the authorities. King faces mail, wire & securities fraud, Obstruction of Justice,  and Obstruction of an SEC Investigation charges, all of which add up to 175 years. He is known to be seriously ill with Pancreatic Cancer, and may not have long to live, according to sources in Antigua. King also is allegedly angry at the the targets of the investigation, whom he claims wronged him on the past, and which may be the reason for his alleged cooperation. Informed sources in Antigua have long thought that King would not cooperate, due to the presence of family members in Antigua, but it seems his cooperation is reportedly limited to government officials in Dominica.

The identities of individuals who have received grants of Transactional Immunity are not known, but they are believed, by seasoned observers of the Caribbean legal scene, to be citizens of East Caribbean states other than Dominica. They are allegedly providing evidence of money laundering activities, from records of financial institutions, and personal testimony.

The known Persons of Interest in the investigation include, but are not limited to, Prime Minister Roosevelt Skerrit and attorney Anthony Astaphan SC, Skeritt's personal lawyer. Others whose names have appeared include ministers who are members of the Cabinet, and European and Middle Eastern businessmen who control the larger CBI consultancies, offering Dominica passports.

We shall continue to report all significant developments in this story as they occur.