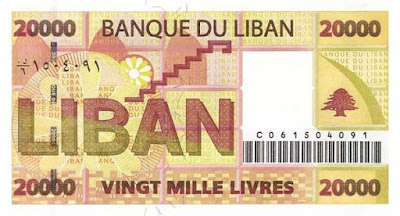 Readers who regularly access Dolartoday to ascertain the unofficial exchange rate between the Bolivar and the US Dollar can now check the Lebanese Pound (Lira), which is also extremely volatile of late. the statistical site is www.lebaneselira.org

As you can see, the exchange rate, which is officially fixed at 1500, has ballooned to 2550 to the Dollar recently, has apparently settled somewhat. Today's rate is reported to be at 2100/2050 Buy/Sell.with a negative outlook. Lebanon's economy faces multiple problems, which is reflected in the move towards to Dollar, and away from the Lira. Banks in Lebanon are limiting US Dollar currency withdrawals or transfers by customers to $1000 per month, which has resulted in payment problems for a large segment of the population.  Beirut banks also report  that high value Lebanese currency is in short supply.

Compliance officers at international banks in Europe and North America should be alert for any suspicious transactions in which large quantities of greenbacks are requested, from customers who do not ordinarily place such orders, given existing US sanctions against terrorist organizations and leaders, who may wish to profit from Lebanon's demand for US currency. 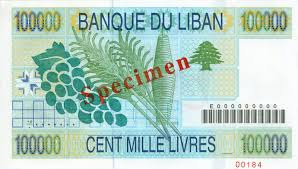