A US District Court Judge has dismissed the civil suit brought by Richard Chichakli for damages and for return of his personal property, adopting the Recommendations previously made by a magistrate Judge.  He alleges that valuable original documents, and other assets, seized in a raid upon his residence, were never returned to him, notwithstanding a court order requiring such action.The grounds cited were lack of jurisdiction. A number of other Federal agencies and employees were also named as party defewndantys.

Mr. Chichakli has filed a Notice of Appeal of the decision with the Fifth Circuit Court of Appeals. Below pleae find the Order, which was the basis for a Judgment entered in the case, dismissing it. 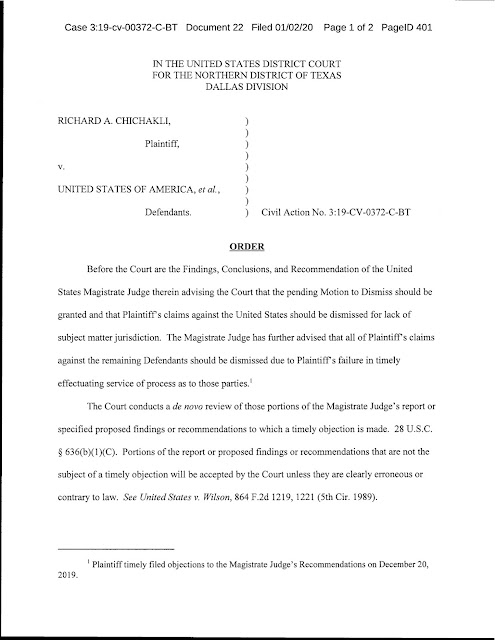 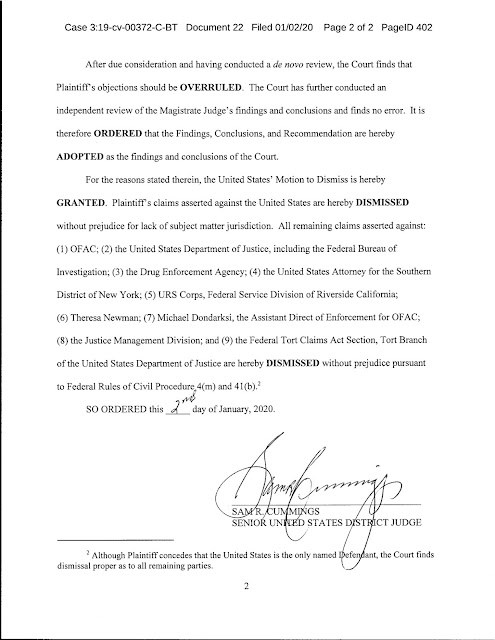