COLOMBIA AND HONDURAS DESIGNATE HEZBOLLAH AS A TERRORIST ORGANIZATION 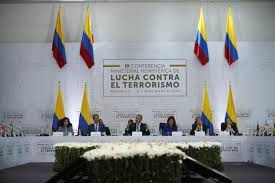 Argentina and Paraguay have previously sanctioned Hezbollah; they are the only other Latin American nations to have taken that step.
Posted by Kenneth Rijock at Monday, January 20, 2020