DID THE $18m STOLEN IN THE GRENADA SUSTAINABLE AQUACULTURE FRAUD END UP IN IRAN ? 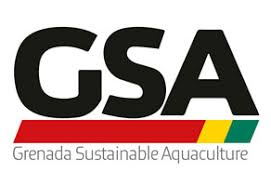 Information, which has recently surfaced in our investigation of the activities of Soren Dawody, the Iraqi businessman who ran the never-built GSA project as a approved investment in Grenada's CBI program, now leads us to believe that the eighteen million US Dollars raised by the developer, may have ended up in Iran, in violation of international sanctions.

Dawody's Toronto-based immigration consultancy has no Canadian license, and is operated out of an accommodation address. (Obviously, the Government of Grenada failed to conduct even the most elementary Due Diligence investigation upon him) His principal office is in a hotel in the UAE. He  associates himself with a licensed immigration agent in Canada, and we assume that is how he evades Canadian licensing laws.

The licensed agent, though offering immigration services through a website that purports to show a Toronto address, actually resides in California, and her business appears to focus upon securing Canadian and American residency for Iranian nationals. We wonder whether these activities circumvent American and international sanctions on Iran, and if Dawody's  illegally-acquired GSA millions are employed in this scheme. After all, he has capital located outside Iran, but reportedly elsewhere in the Middle East, which could be employed in sanctions evasion, on behalf of Iranian seeking residency on North America, or even CBI passports in the East Caribbean, but have funds tied up in Iran.

The issue is whether the $18m, in the hands of Dawody's Grenada Sustainable Aquaculture Ltd., is being utilized to provide financial support for Iranian nationals, including government officials, intelligence agents, or terrorist financiers; Our investigation continues, especially our documentary examination of alleged violations of the American Money Laundering Control Act of 1986.
Posted by Kenneth Rijock at Monday, January 13, 2020