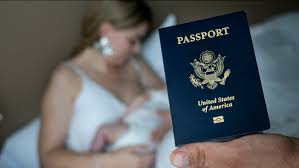 News about efforts of the United States Government to curtail so-called "birth tourism, " whereby affluent foreign nationals send their very pregnant wives to stay in America until they give birth, which makes their child a US citizen under our laws, should serve to remind compliance officers that such actions later support the transfer of the proceeds of corruption into America. Most of the individuals arriving in the US specifically to give birth and leave are Chinese and Russian nationals. They are paying up to $80,000 for such services, which include board until birth, medical services, and legal services.

Most are suspected of being the wives of government officials, and they are coming from  two countries known for rampant corruption. Once the "anchor baby" reaches legal maturity, he or she can be a means of facilitating the transfer of the proceeds of their parents' corruption into US bank and securities accounts. Eventually, the corrupt officials themselves acquire Permanent US Residency, which allows them to exit China or Russia before the authorities catch them taking bribes and kickbacks. 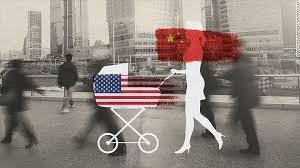 Since birth tourism has been going on for decades, compliance officers would be well advised to examine any unusually large accounts of young ethnic Chinese or Russians who are US citizens. Through enhanced due diligence, you can ascertain whether they are the children of senior foreign PEPs (Politically Exposed Persons). Note that some are registered under aliases while attending our colleges and universities to prevent their fellow students from learning that their classmates' father is a human rights violator or murderer or corrupt official.

Many of the young Chinese students are found to hold substantial financial and real estate assets that they would normally not ever have at their age; others are registered in dodgy school situations where they are not actually attending classes at all, but show up in the educational system. You are urged to take a hard look at your young, affluent clients; you might uncover something you were not aware of.