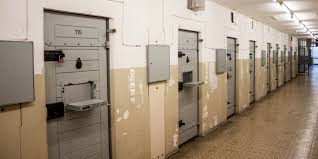 The judge in the Reza Zarrab Iran oil-for-gold sanctions evasion trial has denied a defense request to delay the trial date, which remains October 30, 2017. The letter motion, filed by defense team lead counsel, Benjamin Brafman, asserted that Mr. Zarrab " was denied access to his personal legal files, which substantially hinder his ability to have meraningful prep sessions with any of his attorneys."

What is interesting about the matter is the reason the defendant did not have access to his legal materials; he was reportedly confined to what is charitably called, by the Bureau of Prisons, the "Special Housing Unit," or SHU, for 21 days. having spent some time there in my youth, I can tell you it is a spartan cell, separate and apart from general inmate population, with minimal comforts, and no real ability to work on anything, let alone trial preparation. It is imposed for punitive reasons, or to protect the inmate from others incarcerated. The layman's term solitary confinement is an appropriate, though perhaps overly dramatic, term for the SHU. One has zero privileges, and virtually all the time is spent in an extremely small cell, near others similarly situated.

No reason was given for the SHU transfer, other than an SIS investigation. SIS stands for Special Investigative Services, the BOP division that reviews allegations of misconduct, as well as threats to an inmate. No further information is available, so it could be either; we do not know any details.

In any event, after the SHU transfer, Zarrab was moved out of the Manhattan MCC, to the Brooklyn MDC; his files have not been transferred to his new institution, though he has been there for five weeks, apparently adding to his attorneys' issue about his ability to conduct trial preparation assistance to counsel. You may recall that Richard Chichakli asserted that he had several problems with his own trial preparation, at the Brooklyn MDC, which he said were caused by the BOP.

Notwithstanding his plight, the US Attorney opposed the motion, as did counsel for the Turkish banker, Mehmet Atilla. The trial judge denied the motion, stating

"Application to further adjourn the trial is respectfully denied. counsel and his team have been given ample time to ready Mr.Zarrab's defense. The Court has taken into consideration the concerns of the defendant, the Government, the public, as well as the Court's calendar, in fairly setting the trial date."

It appears that this case is going to trial on schedule. Additionally, Co-defendant Atilla, whose attorney had previously warned that he might not have sufficient time to prepare, in opposing Zarrab's request for adjournment, has probably fatally damaged any chances he might have to delay the trial.