DID OFFICIALS IN DOMINICA AID IRAN IN OIL SANCTIONS EVASION ? 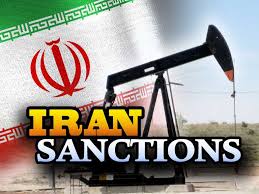 Did senior officials in the government of the Commonwealth of Dominica intentionally facilitate Iran's illegal oil sales program, which artfully evaded United Nations, and American, sanctions ? A number of financial intelligence analysts, as well as Dominicans who have first-hand knowledge of the Alireza Monfared diplomatic passport sales scandal, as asking themselves that question.

A number of seemingly unconnected events appear to suggest an affirmative answer to that query:

(1) Alireza Monfared, the Iranian national who purchased both Dominican CBI, as well as diplomatic passports, was engaged in massive illegal sales of Iranian crude, with Reza Zarrab and Babak Zanjani, effectively circumventing United Nations and US sanctions, employing  a gold-for-oil scheme, later converting to US Dollars.

(2) No less than eleven Iranian oil tankers were registered in Dominica, by 2015, and transported the crude, from the Persian Gulf, to the waters off the Malaysian offshore financial center (read: tax haven) of Labuan, where Monfared conducted sales transactions. Thereafter, most of the oil was delivered to the Peoples' Republic of China.

(3) The operator of those vessels, Ocean Tankers, is a subsidiary of Hin Leon Group, from Singapore, owned by the Lim family, overseas Chinese based in Singapore, but known to have extensive interests in the oil industry in Mainland China. Dominica maintains diplomatic relations with Singapore, through its embassy in Beijing.

(4) UN sanctions on Iran were lifted January 16, 2016, and Dominica "cancelled" Monfared's diplomatic passport. By the way, cancelling his passport did not cancel his Dominican citizenship, obtained through the CBI program. he still had his CBI passport, and was a citizen.

(5) Dominicans have reported that Monfared's villa, at Morne Daniel, was within walking distance of the Chinese Embassy for Dominica. Did he coordinate the deliveries of the sanctioned Iranian crude to China ?

(6) It is curious that, after Monfared relocated to the Dominican Republic, a notoriously corrupt nation, where money talks, Monfared (who showed up in Dominica with huge suitcases) was easily located, and extracted, by Iranian agents. Did Dominica tell Iran where he was staying ?

(7) Monfared's unique route home, Havana-to-Moscow-to-Tehran, which was obviously designed to evade US airspace, or any US allies, confirmed our suspicion that Monfared had information the Iranians did not want America to have. Intelligence agent, perhaps ? Iran went to a lot of trouble to keep him from falling into US hands.

The utterly corrupt senior leadership of the Commonwealth of Dominica, who have unilaterally taken control of funding from the government's CBI program, and the illegal diplomatic passport sales scheme, openly operate a parasitic socialist economy, totally dependent upon diverted funds. The Prime Minister is aligned with the leftist governments of Cuba and Venezuela, and Dominica must be considered an ally of Iran & China.

Did Dominica violate UN sanctions on Iran, and should this be brought to the attention of the United Nations, for possible sanctions, and should the United States also impose OFAC sanctions upon Dominica's Prime Minister,  Minister of Foreign Affairs, and their Senior Counsel ?