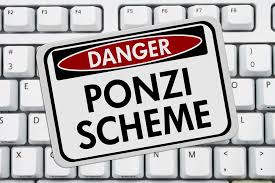 Francisco Illarramendi, whose Federal conviction for running an unregistered hedge funds that was in actuality a Ponzi scheme, was affirmed on appeal, now has a 2255 Petition pending, alleging Ineffective Assistance of Counsel, due to his inability to have the attorney he wanted, to represent him. He alleges he was not made fully aware that he could potentially receive a long sentence, and was told his attorney was seeking a sentence of Probation.

The Court has afforded him the opportunity to obtain counsel; so Illarramendi has asked for the appointment of Stand-by Counsel. Such an attorney only advises him, and is not responsible for drafting pleadings, and arguing on his behalf. is Illarramendi now just setting the stage for another appeal, where he will allege that Stand-by Counsel was ineffective ?

The defendant's victims deserve closure; the evidence against Illarramendi, who stole billions from  PDVSA pension funds, broke the law while out on bond,  resulting in his rearrest, and pretrial detention, and who failed to admit his conduct caused the massive losses, was overwhelming. Now he is attempting to game the system once more. We trust that the Court will see through his tactics, and dismiss his petition, the last gasp of an unrepentant Ponzi schemer.
Posted by Kenneth Rijock at Monday, July 24, 2017