HOW DO OFAC-SANCTIONED INDIVIDUALS ENTER THE UNITED STATES ? 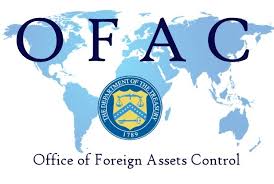 Airbnb, the successful company that vets potential clients who wish to rent private rooms, homes, or apartments, on a short-term basis, notes in a recent article that it checks the names of applicants against the OFAC sanctions list*. This brings up a valid question; how can individuals who appear in the OFAC sanctions list, as Specially Designated Nationals (SDN), or any of the other OFAC categories, be in the United States ? They are not supposed to be here, as they cannot enter into business transactions with any US persons or entities; they cannot even buy a carton of milk.

Obviously, when international airlines book foreign travelers seeking to enter the United States, they require passport information. Since airline checking of its own databases, would pick up the name of a sanctioned individual, how do they gain entry into the United States ?

One of the primary methods is to secure a passport from another country, such as from one of the Citizenship by Investment (CBI) nations of the East Caribbean, with an altered name. Minor spelling changes, or even  a completely new alias, can be obtained, especially when corrupt local passport agents are earning an obscenely high commission intervene, and bribes are paid, to change identities.

For this reason, when the passport holder's place of birth is outside the country in which he holds a passport, the circumstances surrounding precisely how he came to be a citizen of a nation where he was not born, must be examined.  Remember that St Kitts conveniently omitted that little detail from its CBI passports, until global awareness forced it to cease that suspicious practice.

Unfortunately, the Office of Foreign Asset Control (OFAC) does not provide photographs, to accompany its sanctions news releases, but Google Images can assist in ruling out an individual, as well as social media sites. You may even see a photograph, from newspaper sites, or crime articles, that will further assist you in identifying a possible OFAC-named individual. Run the individual on a cloud-based, second generation database, to better ascertain whether he is indeed named & shamed.