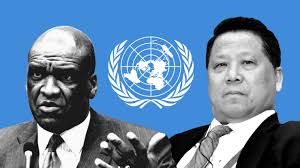 The Ng Lap Seng $1.3m bribery case ended this week in a conviction, in US District Court in New York but it is the context, regarding the Caribbean aspects of the fact pattern, which is most troubling. Will the rampant corruption in the region, so painfully exposed by the Ng case, ever be suppressed, and is the United States to blame ?

(1) Both of the two UN diplomats who received bribes were representatives of Caribbean nations, the Dominican Republic, and Antigua & Barbuda. Ng's objective was to obtain their support for his planned Macau conference center, as a permanent venue for United Nations-supported South-South Center. It was no accident that Ng, when faced with a choice of which nations to seek to influence diplomats, through bribery.

(2) Ng Lap Seng illegally obtained a diplomatic passport, from corrupt officials in the Commonwealth of Dominica, notwithstanding his long history of both organized crime connections, and affiliation with prostitution. He was also the defendant in a Nevada civil suit alleging major misconduct. Why on earth did Dominica approve his application ? He was clearly unsuitable to act as a diplomat, even on paper, without performing any actual duties or missions, but his cash carried the day. Greedy Dominican politicians accepted it, and it was never turned over to the national treasury. 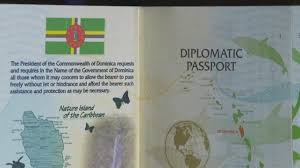 Does at least part of the blame lie with the United States ? After all  the US has totally ignored the developing nations of the East Caribbean, since 9/11; where else in the world does the United States maintain a regional embassy, for all the countries in the area, than the solitary, and overextended, embassy in Barbados ? This is a sad fact, notwithstanding that the Caribbean is literally the third border of America. American non-interference fosters Caribbean corruption, for the guilty do not fear arrest, either in their own countries, or in the US.

Whether you blame the United States or not, things in the East Caribbean must change; exploding populations, lack of meaningful foreign investment, undue influence from China, money laundering, all spell major future trouble in those small nations, and corruption drives all of those problems.