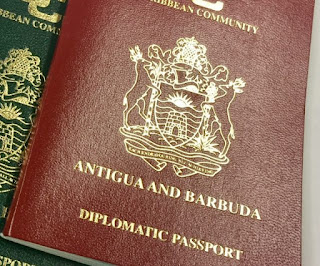 After six months of unexplained, and apparently intentional, delay, Antigua & Barbuda has publicly released what is captioned the "Revised Diplomatic Passport Listing." A careful review of that information confirms the longtime fears of compliance: there are a significant number of individuals on that list who have no legitimate diplomatic assignment, who are from high-risk countries, and who have the capability, with their officially-issued diplomatic passports, to cause significant damage, through financial crime, especially in the developing world, where such diplomatic status confers instant legitimacy.

Here are some of my issues:

(1) Many of the "diplomats" are from the Arab world; some appear to be Russians. Do these individuals speak English, which is the official language of Antigua ?

(2) Many have clearly bogus, or artificially created, assignments or titles, such as Economic Envoy, Ambassador at Large  (which is supposed to indicate a special status), Former Honorary Counsel, Business Development Officer,  Diplomat, or are listed as non-resident ambassadors. These are definitely not true assignments, only honorary designations, to apparently justify their passports.

(3) Inasmuch as names that are not originally in the Latin alphabet, such as Arabic names, must be transliterated into English, the results appearing may not be accurate translations . How is a compliance officer to accurately conduct due diligence on them ?

(4) I am not satisfied with the passport numbers appearing, which should be four, or even five, digits, to allow for expansion. Is this itself a redacted document, and not accurate ?

(5) Why are agents of the CBI program issued diplomatic passports ?

The excuses offered by the Antiguan government do not wash; if you have passports issued improperly by a prior government, cancel them. Do not say Antigua cannot afford to send diplomats everywhere, and that is why there are unexplained foreign assignments that are obviously bogus.

The list is worse than we anticipated; its merely illustrates that the retail sale of Antigua diplomatic passports has resulted in some unknown (read:possibly dodgy) individuals having tools that could facilitate financial crime, or even terrorist financing. Those Antiguans who believe that this program should be terminated are eminently correct; kill the gravy train, please.