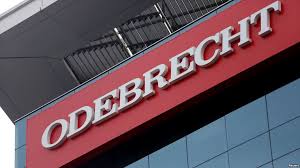 The recent extremely damahing admissions. made by Odebrecht's attorney, incriminating not only the former Panamanian President, Ricardo Martinelli, but its current national leader, Juan Carlos Varela. have caused multiple demonstrations and protests in the republic of Panama. Some unconfirmed reports state that riots have also broken out, as Panamanians who have tired of the massive corruption that pervades government express their wish for reform, and regime change.

In light of the large number of individuals now known to have accepted bribes from the Brazilian construction firm, compliance officers at international banks, located in North America, or Europe, would do well to review their client lists, and to closely examine all Panamanian nationals holding substantial accounts, and to demand that they provide Source of Funds information about their holdings. In the event that the client objects, file a Suspicious Activity Report forthwith, and reach out to your law enforcement contacts. The Odebrecht scandal trumps all prior corruption cases in recent memory, and you do not want to be one of casualties of the ongoing, and subsequent, investigations flowing out of it.
Posted by Kenneth Rijock at Sunday, July 30, 2017