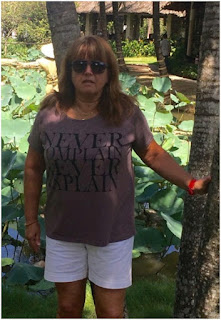 This is the Spanish Judge Ana Isabel de Vega Serrano; she presides over the Court of Instruction No.5, in la Palmas, located in Spain's Canary Islands, and is the individual that most observers hold solely responsible for the human rights violations currently being perpetrated upon the Russian-Spanish national, Vladimir Kokorev. He, and two members of his family, are being illegally held. The sole witness, Panamanian attorney Ismael Gerli Champsaur, has been discredited, and faces  multiple criminal charges in Panama City, for theft of Kokorev's real estate holdings, but he remains behind bars.

Judge Serrano, who has improperly classified all the evidence in the twelve year old money laundering investigation of Equatorial Guinea's senior leadership, is illegally holding Kokorev, his wife and son, on a flimsy material witness warrant, and in the absence of an indictment of anyone, for more than one year. Her conduct is a violation of a number of EU laws, principles and fundamental rights.

A fair review of the Kokorev case, by any legal authority, would immediately find that (1) Any charges against Kokorev are barred by the Statute of limitations, (2) The investigation was dismissed years ago, for lack of evidence, and (3) The Court's failure to allow bond, of a material witness who is a lawful resident, is an abuse of authority, and she should be removed from the case forthwith.

A close examination of Serrano's prior cases find that she has a history of detaining money laundering suspects, and foreign nationals, on spurious charges, having their assets seized, and them releasing or acquitting them, of money laundering charges. The Kokorev case is not an aberrant act; this Court earns a large amount of income for local government, using this illegal method of operation.

Will the Madrid authorities please remove Judge Serrano from this bogus case, before Vladimir Kokorev, who is elderly and has health problems, passes away in prison ? He cannot be tried, and his detention is an obvious ploy to seize, and forfeit, assets located in Spain, while he remains illegally incarcerated.