DID THE PANAMA PAPERS SCANDAL RESULT IN DIRTY MONEY FLEEING TO HONG KONG ? 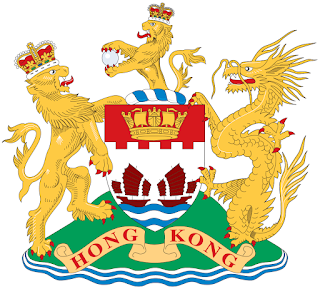 Hong Kong's Joint Financial Intelligence Unit has reported a 40% increase in the filing of Suspicious Activity Reports this year, as compared to 2015, and some analysts are asserting that one of the primary factors for the additional SARs is the Panama Papers. After the Mossack Fonseca offshore corporate formation evidence was made public, Panama has seen a drastic reduction in new corporations formed, as well as a drop in the opening of new bank accounts, with large balances. Panama's loss is Hong Kong's gain, albeit with dirty money.

This may come as a surprise to many not familiar with the darker aspects of the offshore industry, but Hong Kong is a primary location for companies offering to form anonymous bearer-share corporations in the British Virgin Islands. Readers of the Panama papers know that the now discredited law firm of Mossack Fonseca formed the majority of its companies in the BVI.

The difference now is that Hong Kong banks are getting the dodgy business (corrupt PEPs, FCPA violators, fraudster profits, money launderers, etc.) that was going into Caribbean tax haven banks. (You know, the same banks who are complaining about American bank de-risking closing their correspondent accounts, for inadequate AML/CFT compliance).

Expect the increase in "flight capital" into HK banks to result in still more SARs to be filed, during the second  half of 2016, so the JFIU had best ramp up its ability to investigate the additional SARs timely. You can also expect a further deterioration in the offshore financial structure of Panama, as potential new "clients" pass up the country, in favor of those whose public profile is lower,  scandal-free, and therefore quieter.
Posted by Kenneth Rijock at Wednesday, November 02, 2016