PANAMA'S OFFICIAL COMMITTEE REPORT ON FINANCIAL REFORM IS A WHITEWASH 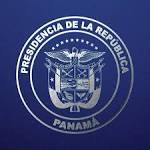 The long-awaited report of the Committee of Experts, engaged by the Republic of Panama to recommend reforms, in the wake of the Panama Papers scandal, has been filed. It is essentially a whitewash, and fails to address these critical issues:

(1) The bearer-share nightmare, through which Panama is able to attract dirty money, was not even discussed. The use, by Mossack Fonseca of such entities, and Panamanian foundations is the core of the problem, but it was ignored. The report is essentially useless as a vehicle for proper reform.

(2) Outside of some public relations statements on transparency, there's no solid recommendation to the Government, to remove the total financial opacity that is Panama.

(3) The utter failure to charge banks, and individuals with money laundering offenses, all on the books as active laws, is not in  the report.

(4) The last straw is the avoidance, in the report, of the country's totally corrupt court system, with bribes & kickbacks all the way up to the Supreme Court of Justice, keeping foreign nationals from pursuing their legal rights, and holding government agencies accountable for efrorcing the law.

The report does admit that the accounting world may soon lower its ratings on Panama, due to its lack of reform, but then goes on to say that public relations with the financial world is the solution, while unnamed reforms are carried out. Remember, the two foreign experts on the Committee withdrew, when they learned that the report was to be delayed, until Panamanian authorities had a chance to review it, and enter comments in the press, prior to release, and that there were other controls placed upon the members.

The report deserves to be in the trash; I generally link to all relevant material, but in this case, reading the complete text of the report is a waste of your time, in my humble opinion, as it is a well-edited public relations piece, with no substantive content. If you want to be bored, go to the Ministry of the Presidency website, to access it, but I am not giving it a scintilla of credibility.