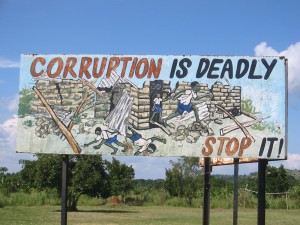 We are all painfully aware of the widespread corruption occurring in the countries of Africa, but recent Panama Papers disclosures have blown open the extent of massive illegal activities in what was previously known as the Dark Continent. The illicit flows of literally billions of dollars, in bribes, kickbacks, diverted funds from national treasuries, transfer pricing, and other financial crimes, perpetrated against the very people that African PEPs were supposed to be representing, are staggering.

The Panama Papers media sources have advised that the amount of illicit funds actually exceeds the amount of foreign aid, and foreign direct investment, into African nations. This fact, alone demonstrates that official corruption in Africa is universal, and u checked. Almost every country in Africa showed up in the Panama Papers, with suspicious offshore corporations having been formed by prominent PEPs. Think about that the next time a bank client tell you to send a portion of a payment, for goods or services, to a payee other than the recipient named in the client's agreement with a sovereign nation.

Remember, it is up to you, as the bank's compliance officer, to avoid any Foreign Corrupt Practices Act exposure, because even if your client alone is charged, the potential negative publicity, naming the bank as a hapless or negligent facilitator, can never be underestimated. 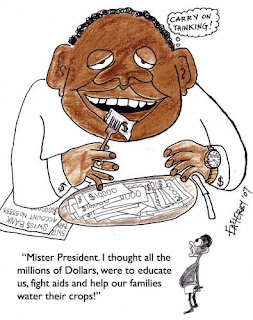