We recently advised that Ryan Bateman a/k/a Kim Bateman a/k/a Ashley Bateman had his director status, at  B & C Capital Ltd., and Bateman and Company Ltd., cancelled by the Cayman Islands Monetary Authority (CIMA), for failure to comply with its lawful requests. This revocation was effective on June 30, 2016.

A records review of documents, by a reliable Cayman source of information, has revealed that the Bateman companies, all of which are alleged to have laundered tens of millions of dollars, stolen from Canadian clients by the Cayman Gang of Four, have now appointed two new directors, who have accepted their appointments, and now appear of record as the sole directors.

These individuals are two accountants, residing in the Cayman Islands: Michael Pearson and Andrew Childe. These gentlemen specialize in, among other fields, insolvency and liquidation.We wonder whether they fully understand the consequences of the responsibilities that they have undertaken. 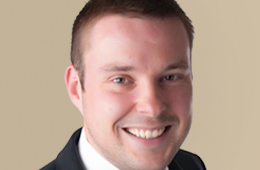 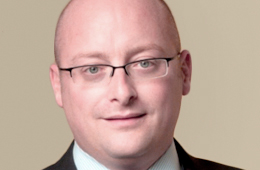 To be perfectly clear: these are shell companies that reportedly are still holding the proceeds of crime, which were transferred by the former managing  director, Ryan Bateman, currently a fugitive from Cayman Islands justice. The fiduciary responsibilities of directors, in the Cayman Islands, impose certain duties upon them, which may require reporting suspicious activities of entities of which individuals hold a directorship.

In addition, some of the victims of the Cayman Gang of Four are citizens of the United States, and Ryan Bateman bought publicly-traded securities from American entities, including State Street Bank of Boston. These facts would appear to confer the jurisdiction of the US Department of Justice upon the new directors, including but not limited to, the Money Laundering Control Act of 1986, which provides a maximum 20-year sentence, per count, for convicted offenders.

The point is that Messrs. Pearson and Childe may have, unwittingly, placed themselves directly in harm's way, by accepting positions, while engaging in what they were informed, by Bateman, was a routine liquidation proceeding. Will they later be indicted, in District Court in the United States, for Conspiracy to Commit Money Laundering, for engaging in their duties ? We cannot say, but given that neither accountant appears to also possess a law degree, we trust that they will seek the advice of an attorney who is qualified to render an opinion on this issue. Until that time, they had better avoid visiting their client in Florida, because they could very well be arrested upon arrival.
Posted by Kenneth Rijock at Tuesday, July 12, 2016