ARE CAYMAN GANG OF FOUR CONDUCTING A FRAUD UPON THE COURT WITH B & C CAPITAL LIQUIDATION ? 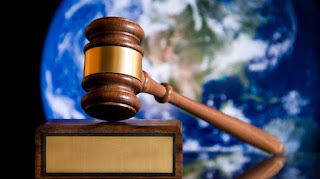 B & C Capital, Ltd., a Cayman Islands company controlled by the island's mega-fraudsters,  Derek Buntain, Ryan Bateman, Sharon Lexa Lamb, and Fernando Mendes, members of the Cayman Gang of Four, appear to be orchestrating the court liquidation of the corporation, and truth has been the first casualty. Did Derek Buntain perjure himself, when he executed a worn statement, in connection with the proceeding ? How is he possibly qualified, under the law for any purpose, in this case ?

Individuals acting for some of the Canadian victims of the multi-million dollar fraud, whereby the Gang stole  from accounts at Dundee Merchant Bank, and laundered their booty through B & C Capital,  then another controlled shell, Bateman and Company Ltd., and then DMS Bank & trust Ltd., en route overseas, have been seeking details of the liquidation proceedings. Though  B & C has been defunct for some time, and was insolvent when victims sought their money from its agent, Sharon Lexa Lamb, they still maintain an interest in the case.

Imagine their surprise when they learned that Derek Buntain, the cashiered ex-president of Dundee Merchant Bank, and the number one suspect, with regard to looting the bank's accounts, with Lamb, another senior bank officer, has executed the required affidavit of creditor or debtor. Inasmuch as Buntain, who is currently hiding out in rural Canada, and unavailable, signed a sworn document, this is not only a clear conflict of interest, and the liquidation itself is a fraud upon the Cayman Court.

Unfortunately, Cayman Islands courts do not have the same degree of transparency as we see in North America. Buntain's bogus affidavit is not available to the public, although truth and justice seems to require openness in any English Common Law court, wherever it sits. Is the entire liquidation a fraud as well ? The court should make that document available to the public, unless it wants to perpetuate the cycle of fraud, where Cayman government agencies, including law enforcement and regulators, routinely and deliberately ignore the victims, and sweep it all under their Caribbean rug.
Posted by Kenneth Rijock at Thursday, July 28, 2016