CIVIL SUIT SAYS HAMAS IS NOT A SOVEREIGN ENTITY 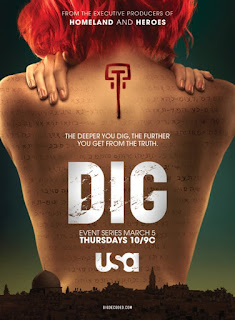 If you watched the fictional cable television series Dig, in which an American FBI agent in Jerusalem, investigating a murder uncover a 2000-year old conspiracy, you saw a fascinating smystery, weaved around both the Old and New Testaments, and filmed on location in the Holy Land. You  may not have known that there was a legal battle, behind the scenes, which bared an issue, involving terrorism, that continues to plague legal scholars. Is a sanctioned terrorist organization a sovereign entity under the law ?

NBC Universal, the cable operator, and producer of the program, was forced to move its production to the United States, when Hamas rockets threatened Jerusalem, during the scheduled filming period. The producing company incurred over $6.9m in additional expenses, and demanded payment from its insurer, Atlantic Specialty Insurance Co., which is reportedly owned by OneBeacon Insurance Corp., an entity located in Bermuda.

The insurance carrier for NBC Universal denied coverage, asserting that the event was not covered, due to the standard "War Exclusion " provision. NBC brought a suit in US District Court in Los Angeles, taking the position that Hamas, a specially designated global terrorist organization, is not a sovereign entity, and therefore the exclusion does not apply; the plaintiff has a covered loss.

The defendant has not yet responded to the amended complaint, but we shall be following the progress of the litigation, and report back to our readers on all significant developments. as they occur.
Posted by Kenneth Rijock at Sunday, July 31, 2016