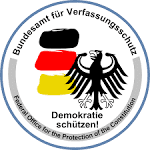 If you are a compliance officer at a Western bank, you should not drop your guard regarding Iran's efforts to acquire technology that would facilitate its weapons of mass destruction, and ballistic missile programs, notwithstanding the signing of its agreement with Western powers last year. Germany's domestic intelligence agency, the BfV, has reported that Iran is continuing it efforts, on a high level, to purchase the technology, and that it has recorded nearly 100 attempts,which were traced to Iranian agents.

Therefore, keep a sharp eye out of bank clients that are exporting possible dual-use goods to the Middle East, which could potentially end up in Iran. Your risk-based compliance program has, frankly, no room for a public civil penalty, imposed due to a failure to interdict, on a real-time basis, a customer's export of WMD technology to Iran.