The Cayman Islands Monetary Authority, CIMA, has cancelled the director registration of Ryan Bateman, the sole director of B & C Capital Ltd, and Bateman & Company Ltd., two corporate entities that have been accused, by its victims, of laundering millions of dollars of money stolen from their investment accounts. Bateman remains a fugitive from justice in Grand Cayman, having failed to appear in a criminal case, where he is accused of causing grievous bodily harm.

CIMA detailed the grounds for its decision:

According to the CIMA notice, Bateman, who fled the Cayman Islands last year, and whose whereabouts are not known (though some sources have him living in Panama, and others in Alberta, Canada), failed to respond to its written request to take various actions, which had specific deadlines.

The CIMA notice, by stating that Bateman was the sole director of the two Bateman companies, did not accord any recognition to Fernando Moto Mendes, who claimed to be the successor director of  B & C Capital, after Bateman failed to return to the Cayman Islands, to face justice. Mendes, whose record in Grand Cayman, as a fiduciary, included being sued by clients over assets alleged to be stolen, and declaring insolvency, in an effort to escape misconduct charges, was ignored by CIMA.

The remaining two members of the Cayman Gang of Four, the disgraced, cashiered, former president of Dundee Merchant Bank, Derek Buntain, and his partner in the thefts, the fired former Senior Vice President of Dundee, Sharon Lexa Lamb, illegally diverted millions of dollars in investor's money, to B& C Capital Ltd., where it was laundered, and subsequently used, by the Gang of Four, to make personal investments, for their own, illicit, accounts. Their breach of fiduciary duty has been alleged in subsequent litigation pending in the Grand Court of the Cayman Islands.


Investigations, tracing the flow of laundered funds, are continuing. Preliminary indications are that securities were purchased, both in the United States and Canada, by the Gang of Four, as well as investment in a hedge fund, in which Buntain and Lamb are listed as directors, and may be, in truth and in fact, principals. This evidence has been made available to law enforcement agencies in the United States, for further analysis, and possible enforcement action.

Readers who wish to review the complete text of the CIMA action will find it at the end of this article. 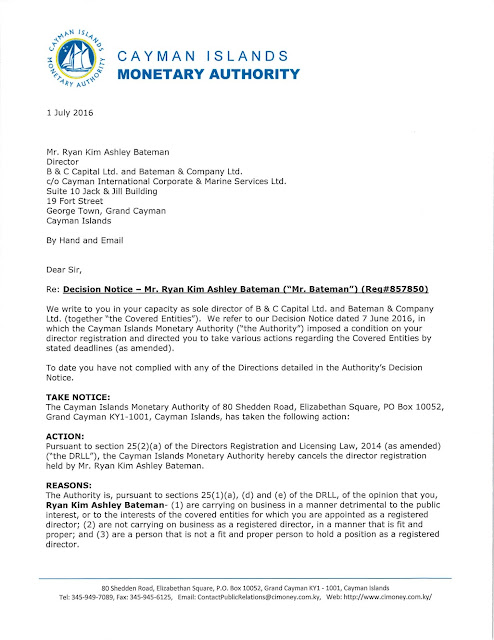 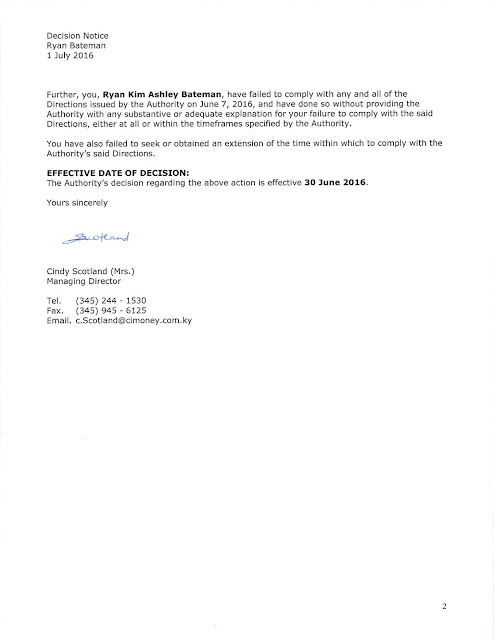