If you take a close look at the shipping document that is attached hereto, you will learn the following about the missing Cayman Gang of Four* stock trader, Ryan Bateman:

(1) He permanently moved from Grand Cayman to Fort Lauderdale, Florida in 2014; some Cayman media reports state that he merely failed to return, from an alleged "Canadian holiday," to face justice there. The truth is, he moved all his furniture and furnishings, and other belongings, including, as the manifest states, his Christmas decorations, to his new Florida digs. The designated arrival date of the goods was 24 September, 2014. he had no intention of appearing at trial.

If you have ever been in the military, you know what the designation "PCS," which appears on the document, means. That's permanent change of station, which is for a permanent, not temporary, transfer of residence.

(2)  Bateman moved covertly to a gated community in Broward County, Florida,  known as Southwest Ranches. The address is: 13201 Luray Road, Fort Lauderdale, Florida 33330, in case anyone wants to serve him with a civil suit, or an arrest warrant. His passport number and date of birth are on the attached document, if any creditor, or law enforcement agency, needs that information. His house is on a 5-acre tract, in a relatively isolated, western, area. He is obviously in hiding.

(3) The Government of the Cayman Islands, as a matter of policy, does not undergo the expense of extradition, under most circumstances. Bateman's pending criminal case is Causing Grievous Bodily Harm, so its not suggested that any of his creditors, or victims, confront him in person; File criminal charges instead.

(4) As you may already know, his residence in Grand Cayman is up for sale, though reliable sources there have stated that the Government has blocked his efforts to sell the property, and take the money out of the country.

(5) Bateman's Fort Lauderdale hideaway  is also up for sale. Is he contemplating another flight to avoid prosecution ?If so, will he return to the scene of his original crimes, the Province of Alberta, in Canada ?

(6) Bateman has been reportedly sending a plethora of spam to his Canadian victims, of the Cayman Gang of Four's breach of fiduciary duty, fraud, and grands theft, from his home.

(7) Is Ryan Bateman a legal resident of the United States, or has he made some sort of deal with a US law enforcement agency ? We note that he has a Florida Driver's License, Number B355-731-73-047-0; One cannot help wondering whether he obtained that license through immigration fraud. 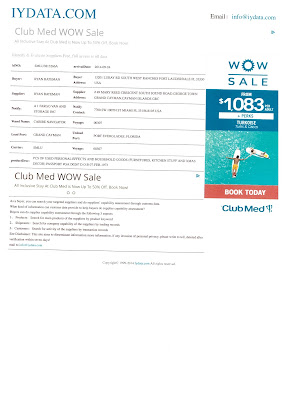