A SOUTH AMERICAN PASSPORT WITH SCHENGEN-LIKE PRIVILEGES ; ARE THEY BLOODY CRAZY ?

UNASUR, the Union of South American Nations, has once again brought up with the concept of a uniform South American passport, allowing free transit throughout the region, Schengen Zone style, basically abolishing the visa requirements that exist among Latin American nations. The idea is to emulate the European Union model of borderless travel and opportunity.

The issue is, given the universal problem the region has with corruption, acquiring a passport, which would allow free access, from Mexico to Chile, would only facilitate, and empower, existing narcotics trafficking, money laundering, human trafficking, arms trafficking, and consumer goods smuggling networks, already in operation. One cannot trust underpaid government servants in the region to follow strict compliance procedures, when issuing such passports, where bribes and kickbacks are commonplace. It would expand criminal opportunities tenfold.

In the absence of any effective compliance gatekeepers in Latin America, we respectfully state that the region is NOT ready, anytime in the near future, to adopt regional passports. 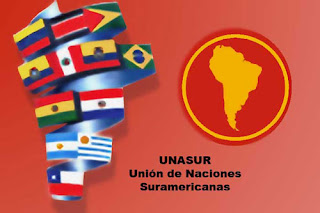