ROGUES GALLERY: THE SUSPECTS ALL WORKED AT BATEMAN CAPITAL

All the individuals who worked at the Bateman companies; Bateman Financial, Ltd., Bateman & Company, ltd., and B & C Capital Ltd., have left Grand Cayman, some more abruptly than others. Let's take a look at each of them.

(1) JOSHUA VANDYK: Convicted of Conspiracy to Commit Money Laundering, and sentenced to thirty months' incarceration by a United States District Judge in Virginia. A review of VanDyk's case file shows that he was engaged in the marketing & soliciting of US citizens to use VanDyk's services to hide assets, including criminal proceeds from the US Government, including the IRS. He did this during the time that he was on staff at Bateman Capital, which was referred to in court documents as "Corporation B."Considering that several of the filings in VanDyk's case* are sealed, the Bateman firm may be under investigation by American law enforcement agencies.


(2) RYAN BATEMAN: A fugitive from justice, Bateman, while out on bond from a charge of Inflicting Grievous Bodily Harm upon a Female, failed to return to Grand Cayman, to face the music. A large number of victims have asserted that he failed to segregate client funds, and actually engaged in trading with client money, without their permission and consent. He reportedly received investor funds from Dundee Merchant Bank, and allowed investors to believe that B & C Capital was a licensed and chartered financial institution, when in truth and in fact, it was a shell company, with no assets. He also formed a company, designated B & C Capital Ltd., in the United Kingdom, which was struck off and dissolved. Was the UK company designed to lure investors in ?


(3) CODY BATEMAN: The brother of Ryan, and the Executive Vice President at the Bateman companies. He has now moved to the Republic of Panama, where he and his brother own and operate an unlicensed shell company called Republic Asset Management Corp., which has been cited by regulators, because it holds no license or permit to hold client wealth, a violation of Panamanian law.


(4) FERNANDO MOTO MENDES: The successor MD of Bateman Capital, after Ryan Bateman's unlawful flight to avoid prosecution. He has fled to Jamaica, where he has been reportedly seen in the company of his estranged wife. A former bankrupt, with prior criminal charges, and civil cases, he is ineligible to act as managing director of any Cayman company with fiduciary responsibilities. He often uses the alias, Fernando Mendes, to avoid having his past exposed to investors.

Which of these individuals has stolen investor money, and fled the Cayman Islands ? Perhaps it is high time that Cayman authorities find out how much is missing, and who took it. I know that, in the Caymans, people tend to keep a lid upon financial crime news, lest the negative publicity deter future investors, but the genie is already out of the bottle. 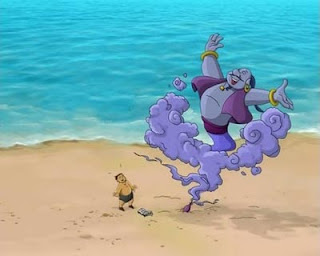