DID SNOOP DOGG CONVENIENTLY FORGET TO DISCLOSE THE $400,000 HE TOOK TO EUROPE ? 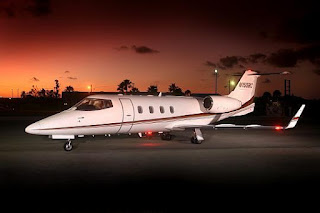 A brief news item, from Italy, noted that the American rapper, Snoop Dogg, whose real name is Calvin Broadus, had been found to be in the possession of $422,820 in cash, which is a violation of Italian regulations regarding the international movement of  funds over €10,000. Though American media have pointedly ignored it, Italian coverage stated that he was carrying the cash in two cushion covers, which probably means pillow cases, and intended to put them in his private jet, when Italian authorities asked to examine them.

Approximately one-half of the currency, or $2205,933, was confiscated, pending the assessment of a fine, and the balance returned to the rapper, who told police that it was cash needed to pay his band. His lawyers, however, later were quoted as saying that the cash represented money paid to him for his ongoing music tour. Which is it, please ?

The problem with the second statement is that Snoop's immediate previous engagements were in Europe, and it is doubtful that concert organizers or promoters would give him dollars, when concert goers paid in Euros. Clearly, he probably brought that money with him from the United States, meaning that he may have violated America's regulation on the transport, out of the United States, of more than $10,000, as well.

Snoop Dogg seems to prefer to be paid in cash, for he was found, last year, to have a large amount of Norwegian Kroner in his possession, while touring there. I know, from personal experience, that US Customs officers rarely, if ever, conduct searches of private jets, owned by wealthy Americans or celebrities, especially when departing the continental United States; Maybe they should.
Posted by Kenneth Rijock at Tuesday, August 11, 2015