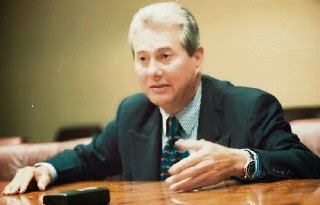 Ignacio Fabrega, the former Panamanian Superintendent of Securities, who disappeared while out on bond for criminal charges, has been taken into custody. Fabrega dropped out of sight five months ago, after a judge agreed to conditions of release, a decision which was immediately appealed by prosecutors, and reversed, but by then the former official could not be found.

Fabrega has reportedly admitted that it was he who improperly gave inside information to Financial Pacific (FP), the investment company which orchestrated the multi-million dollar insider trading scandal, whereby many government ministers, and then-President Ricardo Martinelli, reaped huge profits, by trading in the securities of Petaquilla Gold Mine, based upon confidential information about the company.  The defendant also admitted killing the subsequent investigation into improprieties and illegal conduct, by FP, following the instructions Martinelli, and former Minister of Tourism, Salomon Shamah.

It is common knowledge that Fabrega received large bribes, to quietly dismiss investigations into securities fraud, insider trading, the illicit sale of bogus securities to investors, and many other financial crimes. under his watch, enforcement of Panamanian securities law ground to a halt, but his close relationship with Ricardo Martinelli protected him, so long as Martinelli was in office.