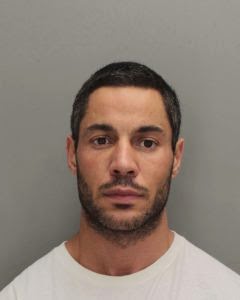 A Federal Judge in Miami, obviously sick and tired of seeing the relatively short sentences meted out to money launderers, slapped a Madrid laundryman with a one hundred and fifty (150) year sentence. Alvaro López Tardón, who is said to have moved eight tons of cocaine in Europe, and who chose to launder his criminal proceeds in Miami, laundered over $14m in the Magic City, over a decade.

The defendant purchased high-end condominiums, including one million dollar one on Miami Beach, that was his residence, seventeen luxury cars, including a Bugatti Veyron, and a Ferrari Enzo, a million dollars of watches, and sundry other jewels. His associates bulk cash smuggled the money into the US, wired it to third parties, as well as to his controlled shell companies and front operations.

Tardón was convicted of one count of Money Laundering (20 years), and thirteen counts of Money Laundering Conspiracy, at ten years each. US District Judge Joan Lenard ordered* that he serve the conspiracy counts consecutively, which is another 130 years. He also drew a $2m fine, and a money judgment, to cover the forfeiture of assets seized, in the amount of $ 14,358,639.64. Since he's probably not a citizen, expect his deportation after he serves 127 years, 6 months.