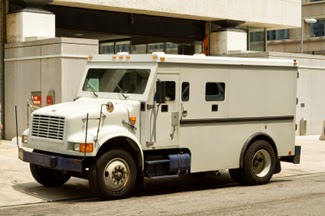 FinCEN has issued a Geographic Targeting Order, aimed at obtaining detailed filings, by armored car services, that have been moving bulk currency into the United States from Mexico. As you know, increased regulation has prevented Mexican drug trafficking organizations (DTO) from depositing greenbacks into Mexican banks and MSBs, and much of it is now traveling north, and going into American financial institutions and NBFIs.

Now, with FinCEN demanding detailed disclosure and record-keeping, on FinCEN Form 105, with the punishment seizure and forfeiture of the bulk cash transported in by armored car, expect Mexican money launderers to seek alternative methods of moving northbound cash. Trade-based money laundering is my first choice, followed by maritime & aviation-based bulk cash smuggling, but there are a wide variety of other money laundering techniques that might be used.

Whatever methods are employed, look carefully at any bank client, engaged in business in the states that border Mexico, with a spike in cash deposits, or wire transfers from Mexico, for you can assume not only are there alternative methods of transport of drug profits into the US, but also new recipients of the funds. Any unusual activities demand that enhanced due diligence be initiated immediately on such clients, and their accounts.
Posted by Kenneth Rijock at Saturday, September 06, 2014