The expansion of Hezbollah into the countries of Latin America during the past decade increases the probability that the terrorist organization will eventually conduct an attack upon targets in the Continental United States. Hezbollah Latin America is engaged in numerous illicit operations in Venezuela and Panama, resulting in the forwarding of its criminal profits to its Middle East bankers.

To date, the Unite States has not reported the detention or death of a single Hezbollah agent in the region, as the result of American law enforcement or military action, apparently being content to monitor the organization's activities. History alone will judge whether this failure to confront Hezbollah in Latin America early on was wise. Perhaps somebody in Washington has forgotten the bombings of the American Embassy, and the US Marine Barracks, in Lebanon, thirty years ago.

If you are asking what this has to do with compliance, read on. The majority of the Hezbollah agents operating in the region have valid Venezuelan passports, and national identity cards, also known as  Cédula de identidad, which have replaced their Lebanese and Syrian passports and identity cards. They employ Hispanic aliases, and are regularly engaged in sending wire transfers from the Republic of Panama, without any interference from the Panamanian Government. 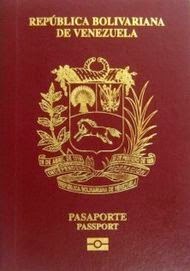 Some of these agents may ultimately find their way into your bank. The United States Government certainly knows most of their bogus identities, but you can assume that this information is classified, for it has never been released to the public. Therefore you, as a compliance officer, must artfully deploy your human resources to identify possible Hezbollah agents who are seeking to open accounts with you. 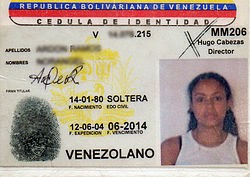 It is suggested that you use these guidelines:

(1) Does the individual speak fluent Spanish, with a obvious Venezuelan accent, and using Venezuelan slang ? If not, why not ? Use any staff members who have lived in Venezuela for account opening; they will tell you in five minutes if he's not a Venezuelan.

(2) What is his place of birth ? Many of their passports have the correct information, showing birth in Lebanon. Though some Venezuelans were truly born in the Middle East, it is a red flag.

(3) what about his appearance ? Hispanics and Arabs each have separate and distinctive physical features, gestures, non-verbal expressions, food and beverage preferences, which allow you to distinguish them from each other.

(4) Engage the client in casual conversation; is he intimately familiar with the current state of the Venezuelan economy ? If not, why not ?

though the application process can be tedious, the holder of a Venezuelan passport can obtain a visa to enter the United States or Canada. You could find an individual, claiming to be a Venezuelan national, complete with passport, in your office one day, seeking to open an account. Is he who he says he is ?