Government-controlled media in Grenada is claiming that the quotes from recent articles, exposing an illegal diplomatic passport scheme, rampant corruption, marital infidelity, and anti-Black prejudice, are not genuine. Readers should judge for themselves, after reviewing the images appearing below. 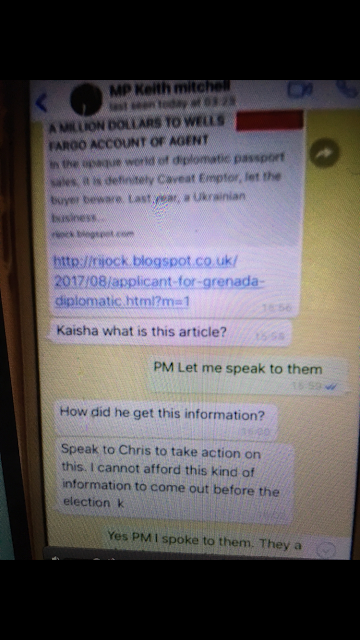 The Prime Minister sends CBI head Kaisha Ince a hyperlink to my original article, detailing the $1m charge for the purchase of a Grenada diplomatic passport, naming Willis as the central figure. The PM demanded to know how this blogger obtained the information. The PM orders her to speak to Chris [Kallin], as Mitchell "cannot afford this kind of information to come out before the election." 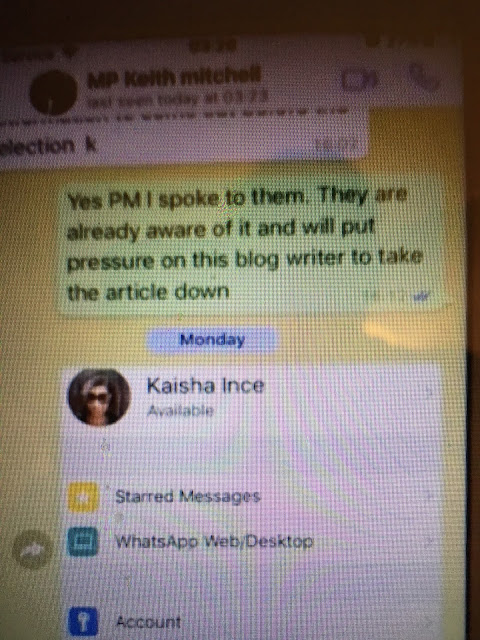 Ms. Ince indicates that she has already spoken to people at Henley, who are " already aware of it and will put pressure on this blog writer [yours truly] to take the article down." I will leave it to the opinions of attorneys in Grenada to decide whether Ince, and indeed the PM himself, committed three criminal acts, or only two. Grenadians deserve honest public servants, not these two manipulators.