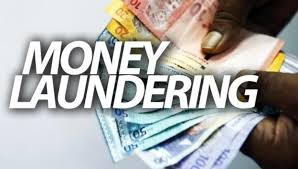 Nidal Waked Hatum, a principal in Panama's notorious Waked Money Laundering Organization, has been sentenced to twenty seven months of imprisonment, in a plea deal that leaves most observers astounded as to the short sentence he received. The Waked Organization, said by many to be the largest money laundering operation in the Western Hemisphere, moved massive amount of criminal proceeds for Colombian and Mexican drug trafficking organizations, for at least two decades.

An appropriate sentence, even with cooperation, should have been closer to ten years, if not longer. Perhaps the fact that the Government obtained an  open-ended Order of Forfeiture against the criminal operation, which the Government itself estimated exceeded $20m, but could be larger, was the primary motivation for the plea agreement.

Unfortunately, the fifty five career Venezuelan money launderers, who ply their dark trade in the Republic of Panama, with impunity, are not deterred by this sentence. In truth and in fact, they might even be having a celebratory champagne party, to toast the fact that Waked's life will not be spent in a Federal Prison in the US, but back home, after a short sentence.

We note that Court requested that Waked be designated to a prison located in South Florida, which will assist the Government in debriefing him at length, but which will make his brief incarceration easier. Given the severity of his crimes, he should have been sent to a prison like the one in Sandstone, Minnesota, to serve out his time, but it appears that potential revenue trumps justice in this case.
Posted by Kenneth Rijock at Tuesday, December 19, 2017