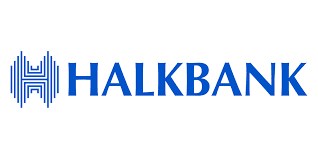 After failing to reach a verdict this week, the jury in the New York Federal criminal case popularly known as the Zarrab case, the Iran oil-for-gold sanctions evasions case, has recessed, until January 3, 2018. It deliberated for three days last week, without a decision.

The only defendant participating in the trial is HalkBank Deputy CEO Mehmet Atilla, as Reza Zarrab, the gold/oil trader who was the principal defendant, pled guilty, is cooperating with the Government, and testified against Atilla last week. The remaining defendants are not in US custody. It is of interest to note that Zarrab's brother and co-defendant, Mohammed, holds a passport form the Comoro Islands, a country whose sales of passports to dodgy foreigners was the subject of  a recent article on this blog, entitled Comoro Islands Passport Sales to Foreigners render all of its Passports Dangerous.

Court watchers are reviewing the recent filings in the case, looking for any indication that Zarrab has implicated others in the massive scheme, in which illicit Iranian oil profits were laundered through the American financial structure, posing as sales of permitted humanitarian goods. Zarrab's partners, Babak Zanjani, and Alireza Monfared, are likely co-defendants, as are a host of Iranian, Malaysian and Dominican nationals, all of whom facilitated the illegal operation. As all these individuals are outside US jurisdiction at this time, some may already have sealed indictments on file against them, only to be made public if and when the targets are in the custody of American law enforcement agencies.
Posted by Kenneth Rijock at Monday, December 25, 2017