AMERICANS SENDING TIME-SHARE PURCHASE DEPOSITS TO SANCTIONED IRANIAN COMPANY ; WHERE WAS OFAC ON THIS ?

Most of us know where Karbala is in Iraq; in 2003, the 101st Airborne Division shed a lot of  American blood when taking the city from the Republican Guard. Karbala is an important destination for Shi'ite Muslim pilgrims, and several years ago, the Dubai-based project developer, Range Developments/Range Hospitality broke ground there for a timeshare project, a $100m hotel, called Al-Randatain Residences.

Range, which is familiar to those of us who focus upon the Caribbean, as the developer of several 5-star hotel and resort projects, in jurisdictions where Citizenship by Investment laws require investments of some kind, such as in St Kitts and Dominica, chose as its principal contractor in Al-Randatain the Tadbir Construction Development Group, which is an Iranian company. What's wrong with this picture ?

Tadbir is not only owned by the senior leadership of the Islamic Republic of Iran, it is part of an elaborate Iranian plan where profits are kept from the Iranian government treasury, and distributed to those groups at the top of Iran's power structure, and yes, it is also OFAC-sanctioned.

How does a non-US corporation, with a project outside the United Stated, run afoul of American sanctions ? it's simple: 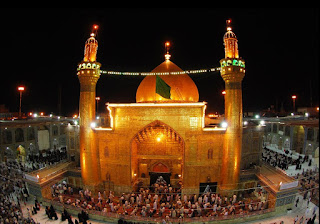 (1) First,  Range offered investments, in Al-Randatain, to American Muslims, from two of its US-based offices, and through at least seven sales promotions, all conducted inside the United States. Purchasers were sending pre-construction deposits, some of which were obviously turned over to Tadbir, for constriction costs. Was American money going into the accounts of an OFAC-sanctioned entity from Iran ? Tadbir was to receive units in the project, as part of its compensation.

(2) Then, Range ran into serious cash flow problems, at the Al-Randatain site. Some reports allege that the financial difficulties were due to corruption, and the illegal diversion of funds, but Range ultimately sold its entire interest to Tadbir. Were the deposits of American purchasers not now flowing into Tadbir's accounts, with Tadbir an OFAC-sanctioned entity ? Of source they were.

(3) Other analysts fear that, when cash flow became a real problem at Al-Randatain, some of the deposits, made by Americans, for the Park Hyatt (St Kitts) might have found their way into the Karbala project, and its Iranian contractor. We cannot confirm whether this occurred, but a routine audit would certainly put to rest this nagging question.

So, the question remains, where was OFAC in all this ? They were alerted, I can tell you from personal knowledge. Americans sending funds to Iraq would certainly ring bells in my shop, I assure you. Were Suspicious Activity Reports (SARs) filed in some of these transactions ? Were the US sales promotions, of an Iraqi project publicly known to be under construction by an Iranian contractor, red flagged by anyone in US law enforcement ? Obviously not, because there have been no OFAC Civil Penalties levied in this matter, against Range, or any other entity.

We wonder whether there were political considerations involved; Iraq is stated to be an ally of the United States, though realistically, it is now within the Iranian sphere of influence. We hope this was not some well-intentioned State Department decision that resulted in Americans funding Iran.

Mr. Rijock is available for a unique lecture, HOW MONEY LAUNDERERS WORK, miamicompliance@gmail.com