WILL THE NEW TAX BILL ACTUALLY ENCOURAGE MONEY LAUNDERING INTO THE USA ? 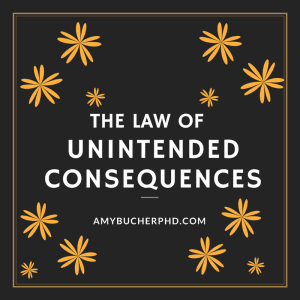 The new Tax Reform Act, as passed by Congress and signed into law by President Donald Trump, provides much-needed tax relief for American corporations, including a reduction in the corporate tax rate, but it may have unwittingly facilitated the repatriation of cleaned narco-profits into the Continental United States. Are you familiar with the Law of Unintended Consequences ?

It appears that the drafters of the new tax laws forgot that, included in the billions of dollars held overseas, to avoid the 35% corporate rate rate on repatriation, are huge accounts that contain criminal proceeds, owned and controlled by Americans engaged in drug trafficking, who move their illicit profits, held by shell companies, into foreign financial institutions, to avoid not only law enforcement seizures, but corporate income taxes.

I can guarantee you that professional money launderers, working for transnational narcotics organizations, owned and controlled by US residents, are already taking a hard look at how they can move their clients' previously-cleaned funds into the United States, and invest them in legitimate enterprises, real estate, securities, and other ventures. Given the difficulty the IRS will most likely have with confirming that repatriation corporate money was actually earned in a legal business, laundrymen with sufficient experience will be able to acquire domestic companies, and use them to repatriate
drug profits, disguised as overseas cash earned by a controlled domestic corporation, and slip it right by overworked IRS auditors, who will be flooded with repatriations in 2018.

We trust that the Internal Revenue Service, unlike the US Congress, has or will now consider that potential loophole, and adjust its audit procedures accordingly, for otherwise a boatload of formerly dirty money will end up disappearing into the legitimate economy, empowering the traffickers whose money launderers had the foresight to drive their clients' overseas wealth right through it.