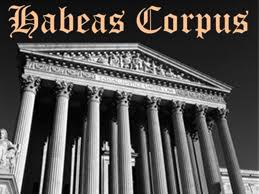 A US District Judge in Miami has set January 9, 2018 for oral argument, on former Panamanian President Ricardo Martinelli's Petition for a Writ of Habeus Corpus, challenging the Magistrate Judge's order for his extradition. Martinelli remains in Federal custody, amid rumors that his extreme efforts to obtain bond, pending the resolution of his extradition, were made because he intended to flee to the Dominican Republic, where rampant corruption could delay any legal action to remocve him for years.

Curiously, there is still no public access to any of the filings in the Habeus proceeding, giving rise to the suspicion that some of the facts alleged by Martinelli may reveal sensitive information about Martinelli, or Panama, that law enforcement does not want publicly released, including about ongoing criminal investigations. Court files are rarely sealed in this manner. We are still unable to analyze any of his arguments, to determine whether they are legally sufficient, or even valid arguments, to be made by his counsel.

The public, in the Republic of Panama, now fears that their former president, alleged to be the most corrupt in Panamanian history, will never see the inside of a Panamanian courtroom. The Miami proceedings have dragged on for months, and some are beginning to wonder whether some government agency, with a prior relationship to Martinelli, is involved.