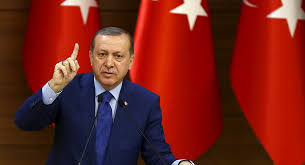 After Reza Zarrab, the Iranian trader who used Turkish banks to evade international oil sanctions against, testified that his criminal acts were approved at the highest levels of Turkish Government,  including Erdogan, Turkey acted to seize all of Zarrab's assets in that country. What effect, if any, will the seizure have on who is indicted next, by US prosecutors, for facilitating the sale of billions of dollars of sanctioned oil, and covert payment for that contraband. Zarrab is now effectively banned from returning to Turkey, and he certainly has taken offense to this betrayal.

The questions now to be considered:

1. Will more Turkish bankers be implicated by Zarrab, and indicted ?

2. Will Turkish cabinet members be charged ?

3.  What other nationals (Iranian, Chinese, Malaysian or Dominican) will be charged sooner, rather than later ?

The case has become even more interesting to students of global financial crime.