WHO IS MINDING THE STORE OVER AT OFAC ? 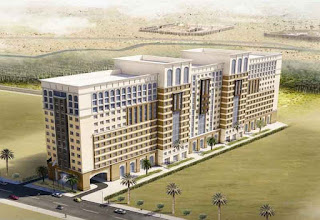 I am still wondering why the Office of Foreign Asset Control, OFAC, never levied a Civil Penalty against Range Developers or Range Hospitality,* for offering or selling time-share investments in the US, to the Al-Randatain residences, located in Karbala, Iraq, due to the fact that the contractor, and later owner, of the project, was an OFAC-sanctioned entity named Tadbir Construction Development Group. Readers who did not see our prior article may access it here: Americans Sending Time-Share purchase deposits to sanctioned Iranian Company.

I have confirmed that OFAC received actual notice of the ongoing violation, but action was ever taken to levy a monetary fine, or name & shame the offending entity, or its officers or principals, and to compel the company to build an effective compliance program. Of course, the fact that Tadbir was an Iranian entity, and on the OFAC sanctions list, would have been apparent to anyone who Googled it.