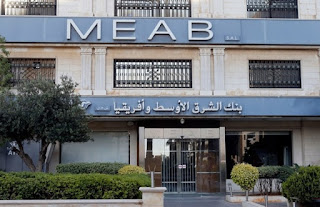 When the United States recently named Lebanese businessman Kassem (Qasem) Hejeij as an SDGT, for his reputed direct ties to Hezbollah, he promptly resigned as Chairman of the Board of Middle Eastern and Africa Bank SAL (n/k/a MEAB Bank), a privately-owned financial institution whose office is listed as located in the Hejeij Building in Beirut, in favor of his son. The bank's media then declared that the senior Mr. Hejeij no longer held any office with the bank, nor any ownership interest.

Israel asserted, back in 2006, that the bank was one of the three Lebanese banks that supported Hezbollah, and that this allegation was reported by American media, after which the bank retained a major Washington law firm, and prominent lobbyists, according to published reports. This  raises the issue : has OFAC declined to sanction MEAB Bank, due to political pressure from the Beltway ?

Wachovia (whose abysmal compliance program was a major reason for its abrupt demise) terminated its correspondent relationship with MEAB, after journalists were able to establish that contributions to Hezbollah were being funneled through an account at the bank. Why did OFAC ignore this incriminating information ?

There is another issue: is there an Iranian connection ? The fact that the bank is known to service Shiite clients, and has branches in Baghdad and Basra, surely raises risk levels. Global sanctions against Iran remain in place notwithstanding all the news about negotiations over the WMD program.

For obvious foreign policy reasons, and to the distinct disadvantage of the American banking community, the United States has avoided sanctioning Lebanese banks, when it should have done so. Is that the second reason that MEAB Bank has not been sanctioned ?