Panama's Superintendent of Banking has taken control of Banco Universal, after the bank arrogantly declined to obey an order, from the Anti-Corruption Prosecutor, freezing accounts estimated to contain over $40m. Not only did the bank refuse to obey the directive, it allowed large transfer of funds to a member of its board of directors, and to others, in clear violation of the governmental order.

Unofficially, reliable sources assert that bank management refused to comply with the freeze order, until and unless former Panamanian Vice resident Felipe Alejandro "Pipo" Virzi Lopez, a corrupt PEP whose family owns a large portion of the bank's stock, was released from prison. Versi has been implicated in one of the country's largest corruption scandals to date. Other owners of the bank have been linked to Panama's largest organized crime group, which includes Panamanians known to be of Middle Eastern origin, and which has influence over every aspect of the local financial structure.


The bank's assets, believed to exceed $300m, have been seized. Banco Universal, which the Anti-Corruption Prosecutor has alleged is guilty of anti-money laundering failures, was the willing recipient of several large cash deposits, made by convicted Colombian Pyramid/Ponzi schemer David Eduardo Helmut Guzmán Murcia, which were said to be the proceeds of narcotics trafficking. Although eyewitnesses reported these deposits to the then-Superintendent of Banking, no investigation was ever conducted, nor any arrests made.


The Superintendent of Banking has taken a giant step towards cleaning up Panama's financial structure, and his actions should be supported. His predecessors were part of the problem but he is now part of the solution. The threshold issue with Panama's reformist government is this: will Panama now formally revoke the charter of a known money laundering bank, with a long and sordid history of criminal behavior, or will it be business as usual with money laundering and terrorist financing in Panama ? Unless a strong enforcement step is taken, Panama's other financial institutions will not fear their government, and continue to move dirty Venezuelan money, Colombian narco-profits, and transfer funds used to support several sanctioned Middle Eastern terrorist organizations. Panama appears to be at a crossroads; will its reform government continue to take off the gloves  ? We sincerely hope that it does so. 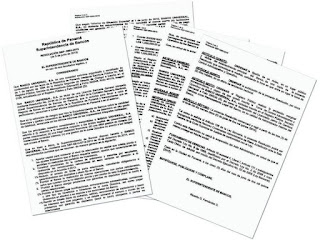