PANAMA DEMANDS THAT THE EU RECONSIDER ITS PLACEMENT WITH TAX HAVENS 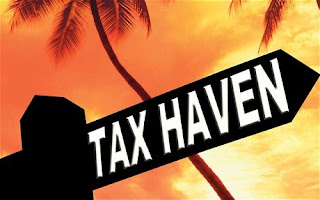 The Panamanian Foreign Ministry has demanded that the European Commission revisit its designation of the country as a non-cooperating tax haven jurisdiction. The government agency stated, in a press release, that the EU decision was "not grounded on an objective evaluation."

Panama was placed, last year, on the Financial Action Task Force (FATF) "Grey List,"  and it is feared that it will, in 2016, make the organization's Black List, due to the rampant money laundering, and terrorist financing, occurring in Panama City banks. AML/CFT compliance is effectively ignored in the banks, in favor of the lucrative accounts of corrupt PEPs, from both Panama & Venezuela, and narcotics profits.

The new, reformist government of President Varela, has, thus far, failed to attack bank money laundering, although the anti-corruption campaign has been targeting corrupt former government officials, who have bled billions from the government treasury, and taken illegal insider trading profits. Unless and until there is real AML in Panama, it is not expected that neither the European Commission, nor the FATF, will back off, in their designation of Panama as a tax haven.
Posted by Kenneth Rijock at Sunday, June 28, 2015