RUSSIAN HACKER ROMAN SELEZNEV TO BE SENTENCED IN FEBRUARY; WILL APPEAL 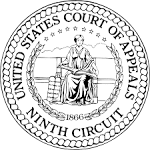 Roman Seleznev, the Russian computer hacker who hacked into servers, and stole credit card information, causing millions of dollars in losses, to banks and credit cards companies, will be sentenced on Feburary 17, 2017 in US District Court, in Seattle. Seleznev was convicted, in August, 2016, on 38 counts.

Losses from his criminal activity have been estimated at $168m; testimony at trial confirmed that he hacked over two million credit cards. The case has generated a large amount of public interest in Russia, as his father is a member of Russia's Duma, its Parliament, and the circumstances of his arrest and removal, from the Maldives, in the Indian Ocean, have been questioned by defense counsel, who have stated that the requirements of international law, and his client's rights, were violated. They have stated that his conviction will be appealed to the 9th Circuit Court of Appeals.