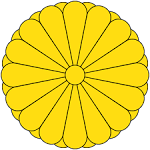 The Government of Japan, which already imposes its 29% corporate income tax rate on offshore companies set up in the tax havens, to evade Japanese taxes, has reportedly announced that it will impose penalties on financial advisers who give advice to companies seeking to illegally evade taxes, through the formation of offshore companies. Presently, any Japanese corporation that set up in a tax haven jurisdiction with less than a 20% corporate tax rate is taxed at the Japanese rate.

Financial advisers, beginning in fiscal year 2018, will be required to report on advice rendered to Japanese companies, regarding offshore company formation, and will be punished, should tax evasion schemes be revealed.
Posted by Kenneth Rijock at Saturday, October 01, 2016